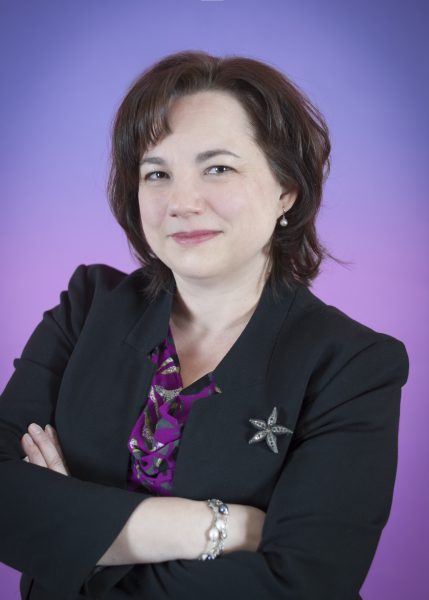 A talented and entrepreneurial systems design engineer, Christina Visser is highly respected in her male-dominated field and has worked to open doors for women in science, technology, engineering and math careers. Originally from Stratford, Ontario, Christina relocated to Northern Ontario and Sudbury in 1995 to embark on a career in mining engineering at INCO. In 2005, she joined Ionic Engineering as the manager of their consulting engineering team. During her time at Ionic, she grew the team from a small group to a team of over two dozen engineering professionals. This success then led to a spin-off engineering consulting business, Black Rock Engineering, of which Christina is a part owner. Her team comprises highly qualified engineers, designers and drafts people.

Christina has been dedicated to inspiring and mentoring women, girls and youth to pursue careers in traditionally male-dominated fields. Christina is the founding president of the Sudbury chapter of WISE (Women in Science and Engineering), a group dedicated to encouraging women and girls to pursue studies and careers in math, science and engineering. Christina’s involvement with WISE has now spanned 15 years. Since 2012, Christina has also volunteered her time as a team leader and coach for a team of robotics enthusiasts aged 9 to 14 in their participation in the FIRST Lego League, a robotics competition in which participants must program robots to solve a number of challenges. Her 2014 team placed first in the Sudbury regional competition and competed in provincials in Waterloo!

Christina also volunteers her time close to home, getting involved with school functions for her children Brendon and Annika. YWCA Sudbury is proud to honour Christina as a Woman of Distinction in our community.