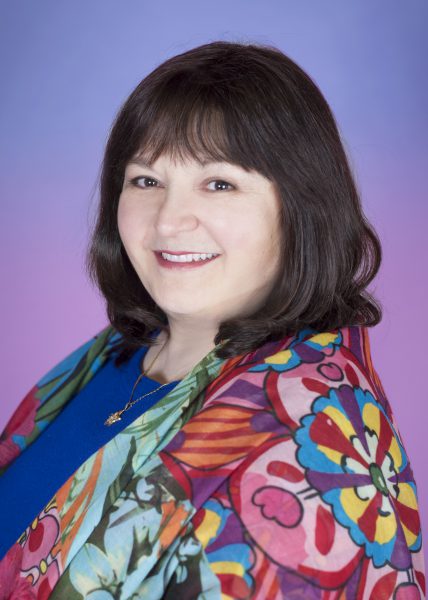 Irene Costantini is a perfect example of what can happen when you pour energy and passion in everything you do.  Moving to Canada from Italy at a young age, Irene spoke English for the first time in kindergarten.  Her difficulties with the language created a shy child who later became determined to overcome shyness and help others do the same through the theatre arts.  After graduating from Cambrian College with a diploma in Journalism, Irene moved to Italy where she got married and had two children in Rome.  Her third child was born in Canada when Irene returned to Sudbury to raise her family.  Irene joined the Caruso Club as a waitress but was later promoted to head chef.  Irene became a force of energy and passion which benefitted her church, her children’s school plays, school councils, the Italian community’s cultural events and the Sudbury Theatre Centre.

It’s no surprise that when her son and his friends wanted to begin a youth theater company they sought Irene’s support.   She immediately got on board and moved every obstacle out of the way to breathe life into these young people’s vision.  She helped get funds by driving all over town with the youth knocking on doors to secure funding for their dream and even sat down with, then mayor, John Rodriguez to fund their first production.  From its inception to the present, Irene has been involved with the YES (Youth Entertaining Sudbury) theatre company, lending her expertise in some aspects, learning as she goes in others.  She is described as the driving force that makes the theatre company what it is: a successful theatre company that has helped many young people gain a variety of skills and experience that that they will value for life.  Especially sensitive to the challenges young women face with self-confidence, Irene Costantini consistently strives to create a safe and respectful space within the company so that young women learn to respect and trust both themselves and each other.  A dream-maker, mentor, role model, and tireless community volunteer – YWCA salutes this unsung community hero!