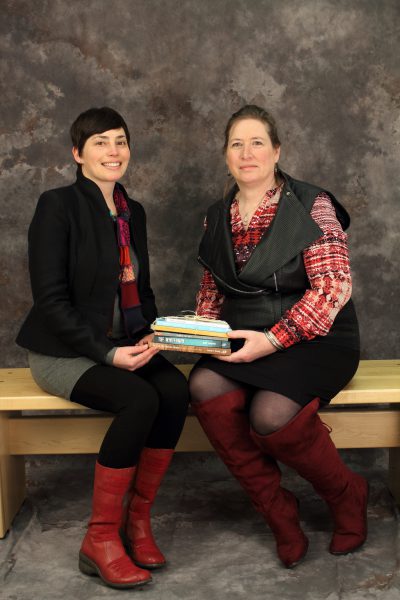 Committed to giving voice to northern Ontario stories, Heather Campbell and Laura Stradiotto founded Latitude 46 Publishing in 2015, publishing fiction and non-fiction work at a time when no other local publisher existed. Located in Sudbury, along the 46th parallel, their 2016 focus was on publishing female writers to reflect the 100th anniversary of women’s right to vote in Canada. Latitude 46 has also been critical in supporting Wordstock Sudbury, Literary Festival, which has brought Canada’s literati to Sudbury and to local schools where they can inspire students to see themselves as writers. By publishing debut works and prioritizing the publication of women authors, Latitude 46 has put the writing of Northern women on the map nationally. It provides support, exposure and marketing expertise that has allowed these authors to pursue writing careers locally. Laura and Heather are described as champions for equality and literacy as well as big hearted supporters to their authors. They are risk-takers, opening a publishing house when many have lamented the future of books. The success of Latitude 46 is a model, for women, of what is possible when entrepreneurship and grit meet creativity.