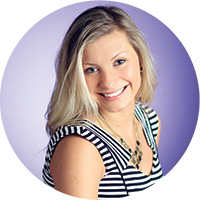 Since a young age, Stacey Kosmerly has been motivated by a desire to deepen our understanding of eating disorders and improve the lives of others through their prevention and treatment. Even in a relatively brief period of time, Stacey’s impact can be seen. Stacey shines academically and in her volunteerism, demonstrating an all-encompassing passion for her cause.

As a gradate student in Laurentian University’s Master of Arts in Applied Clinical Psychology Program, Stacey’s research efforts in this area have been published widely and have already influenced her field. As she completes her degree, Stacey has claim to a list of publications, scholarships, awards and achievements that are outstanding for a student at her level of education. She is a promising clinical trainee, demonstrating a high degree of empathy and compassion. Her efforts have already gained her acceptance into two PhD programs.

Stacey has demonstrated her mentorship abilities through work as a teaching assistant at Laurentian and by providing guidance to numerous students interested in pursuing studies in clinical psychology. As a survivor herself, she has worked to raise awareness of eating disorders with the Miss North Ontario Regional Canada Pageant.

Stacey has also been involved with Big Brothers Big Sisters of Sudbury, volunteering as a Big Sister to one young woman and a role model to many more. Stacey’s Little Sister Meghan Akiwenzie credits Stacey with helping her overcome bullying at school by offering an empathetic ear and giving her the confidence to speak up against bullies and to advocate for herself with teachers and prinicpals. Through Big Brothers Big Sisters, Stacey has also worked to raise funds for the program and has acted as a co-facilitator of the Go Girls! Healthy Bodies, Healthy Minds program. Her work with Big Brothers Big Sisters has earned her a Youth Volunteer Services Award in 2011. Stacey is a worthy recipient of the 2014 Young Woman of Distinction Award.